Demand for sugar is growing in China

Today's per-capita consumption of sugar in China is still well below the global average. But considerable growth has been forecast for the next few years, because of the rise in household disposable income. Local sugar production will clearly be unable to cover much more than 50 % of the demand in the medium term. As a result, raw sugar will have to be imported and refinery capacities in the PRC considerably enlarged. Major Chinese sugar producers are faced with the task of having to upgrade existing refineries and build new plants to increase capacity. 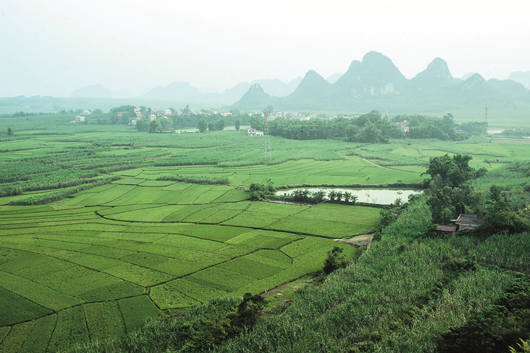 This was the context for a meeting in 2012 between representatives from BMA and Yinmore Sugar Group in Kunming, to discuss a design for a new state-of-the-art 4,000 t/d refinery. It was soon clear that the requirements could only be met with a combination of advanced engineering and sophisticated equipment. Minimum energy consumption and a maximum level of automation – to counter the shortage of skilled workers – were just two of the criteria. Since BMA had successfully implemented similar projects in earlier years, Yinmore Sugar Group and the Braunschweig-based solution provider decided to handle this project jointly. The customer is the newly founded Dafeng Yinmore Sugar Corporation Ltd., a joint venture of Bright Food and Yinmore Hong Kong. In February 2014, the first agreement for basic engineering was signed.

In the months that followed, a refinery design was drawn up in collaboration with a local institute; by today's standards, this fulfils the very highest requirements. The refinery's total steam consumption, for instance, was set at 0.74 tons of steam per ton of refined sugar. This value is also based on demanding specifications for the finished product: to achieve up to 25 ICUMSA units with a specified raw sugar quality of 2,000 ICUMSA units. The basic engineering stage ended in June 2014, with the presentation of the prepared design. This comprised preliminary mass and heat balances, process flow charts and descriptions of the machinery and equipment to be used, including basic specifications and layout plans.

Project success will depend essentially on a consistent implementation of the prepared design. To continue their successful collaboration, Dafeng Yinmore Sugar Corporation Ltd. and BMA have therefore signed a follow-up agreement. This comprises the detailed and piping engineering. In 2015, BMA engineers and expert staff from Dafeng Yinmore started with the related engineering work.

Completion of the project with the commissioning of the refinery is scheduled for early 2018.