How a project with little promise turned into a challenging job

On first contact with the Agrosnabsakhar sugar factory, nobody at BMA could have foreseen how this collaboration would grow. 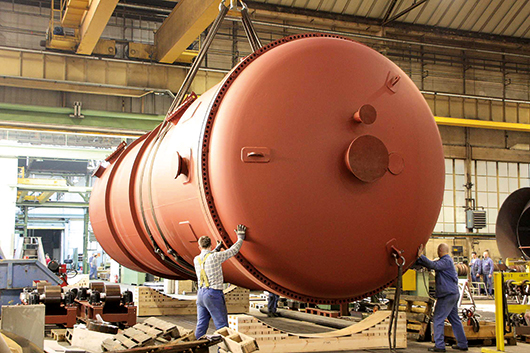 As with many of our customers, our first contact with the Agrosnabsakhar sugar factory at Elets in Russia was an enquiry relating to the supply of new centrifugals. That was back in 2010. Following success- ful commissioning of four B1300 batch-type and two K2300 continuous centrifugals in 2011, it took another two years until BMA received further enquiries for a range of equipment, in August 2013.

The Elets plant is one of a number of factories built in the 1960s in the former Soviet Union by German companies (this one by Buckau). It is one of just a few plants in Europe without its own power and steam generation, receiving both electrical and thermal energy in the form of steam from a municipal power station instead. In such conditions, a sugar factory would not normally have much chance of survival in the fierce competition.

We quickly found out that the situation was quite different here. In 2006, the factory had been taken over by an agricultural holding, one of Russia‘s top 50 businesses in the industry. We had not counted on the investors‘ ambition and keen business sense

With plenty of ambition into the future

During one of their next visits, BMA employees were told that orders had been placed for both the steam generation plant and the necessary turbine. Work was able to start on the reconstruction and extension of the plants for the core process. The target beet processing rate is 8,000 to 10,000 t/d (currently about 5,000 t/d). 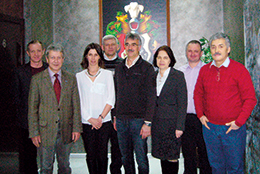 In late 2013 and early 2014, we received enquiries for major items such as the extraction plant, equipment for the evaporator station, and supplies and services for the sugar house. Quotes were sent and negotiated. BMA Russia was fully integrated in these activities.

Since the investors‘ decision hinged on keeping costs to a minimum, local manufacture of component parts for the plant was agreed. Following several years of good collaboration with the Komsomolets factory in Tambov, they will once more be the manufacturer. Given the considerable total investment by the customer, commissioning of the extraction plant is scheduled no earlier than 2016.

In late July 2014, another contract was signed for supply of three complete falling-film evaporators (2 x 3,000 m2, 1 x 4,000 m2), to be commissioned in 2015. What was curious with this project was that no local manufacturer was found who could offer evaporator parts within schedule and at a lower price than BMA, although intense efforts were made.

Following a decision at short notice by the investors, an additional order was placed in November 2014 for a complete drying system for white sugar (capacity: 65 t/h). This is based on a combined sugar drying and cooling drum (with a diameter of 4.0 m x 13.0 m) and is due to be commissioned in the 2015 campaign.